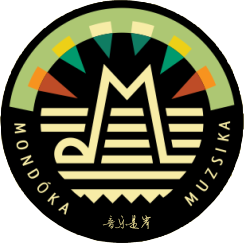 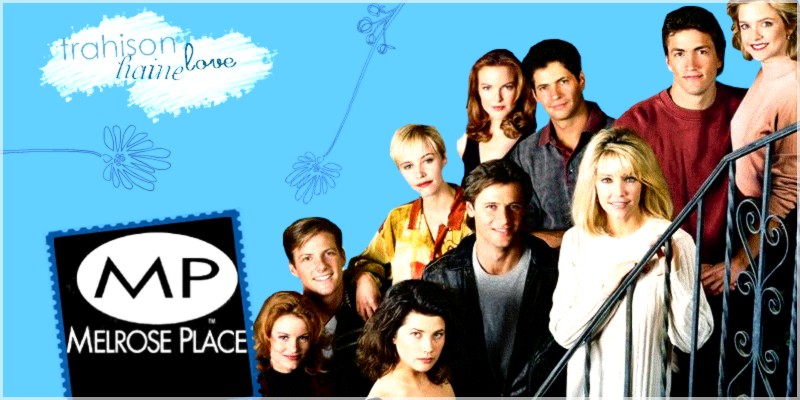 * "First Day Of My Life" by Bright Eyes. Jonah show Riley an anniversary video.
o Download
* "Slowly" by Sofi Bonde. Lauren finds out her father was laid off.
* "Don't Wait Too Long" by David Carlson Smith. Riley asks Jonah for a day to consider his proposal.
* "One Of A Kind" by Glint. Ella asks David what happened the night before.

* "The Fear" by Lily Allen. Lauren is invited to dinner by Toby, the son of one of her patients.

* "From The Start" by Hani. Riley & Lauren discuss Jonah.

* "Break Me" by Tina Sugandh. Jonah films the presents.

* "How I Could Just Kill A Man" by Charlotte Sometimes. Jonah announces his & Riley's engagement to the group.

* "The World We Live In" by The Killers. Jonah & Riley dance; Ella texts Jonah; David steals a painting; montage.

* "LA" by Sofi Bonde. Auggie reccomends the Violet apply for a job at Coal.
* "This Is A Raid" by Livvi Franc. Ella arrives at work and makes a deal with Caleb.
* "Second Skin" by Saturn Missiles. Riley complains to Jonah about Ella's interference.
* "Accept" by Clear Voyage. David tries to sell off some items.
o Download
* "Can't You Understand" by Julie Bellamy. Ella demands that David take her to Trudy's party.
* "Hysteric" by Yeah Yeah Yeahs. Riley offers to listen to Auggie's troubles.

* "Want It Need It" by Sarah Leichtenberg. Violet shows up at Coal to apply for the job.
* "I Gotta Feeling" by Black Eyed Peas. Ella gives Violet some fashion advice, and tells Lauren not to give up on school.

* "Superstar" by D.A. Dame / True Music. Ella gives Jasper some advice, then confronts David.
* "Flowers In June" by Matt Shapiro. Caleb tells Ella she still has a job.
* "Walking On A Dream" by Empire Of The Sun. The gang hang out by the pool.

* "Press It Up" by Sean Paul. Ella texts while leaving for work; David breaks into his dad's house; Riley brings Jonah coffee; Violet flirts with Auggie.

* "He's Got The Whole World In His Hands". Jonah sings in the shower.
* "The Beat Is" by Channel Two ft Black Shakespear, Edee & Jantey. Ella tells Caleb that she'll deal with their client problems.

* "So Talented" by Boomkat. Ella & Jonah arrive at the video shoot; repeats as Jonah works on the video; Riley arrives on the shoot; Jonah wraps up the video shoot.

* "Make Me Believe" by Angel Taylor. Violet asks Riley for help zipping up her dress & some advice.

* "Run Boy (Here I Come)" by Boomkat. Jonah introduces himself to Taryn.
o Download
* "On Board" by Friendly Fires. Ella tries to convince Jonah to do the video.

* (unknown). Riley visits Auggie at Coal to get cooking advice.
* "I'll Be In The Sky" by B.o.B. Violet thanks Auggie for helping her get the job at Coal.

* "Still Got Time" by Justement Music. Riley talks to Auggie about her relationship with Jonah.
* "Colder Months" by Alpha Rev. A drunk Riley kisses Auggie.
o Download
* "Collect Call" by Metric. Riley tells Jonah she finally let everyone know that they are engaged.

* "Daniel" by Bat For Lashes. Ella tells Jonah the bad news about the video.

* "La La La" by Ava Leigh. David notices someone watching him & his date makeout; the gang hang out by the pool.
* "Who's Got Your Money" by Tina Parol. Ella & Lauren talk about the new landlady, Jane.

* "Now What" by The Dailies. Ella & Jane talk up the dress to Abby.
o Download
* "Keep Your Ear To The Ground" by Mike Barnet. Riley & Jonah walk the red carpet.

* "Hans Woodcock" by Ratboy Cutz. Ella & David discuss the party & Ella's deal with Jane.
* "The Rain" by Calvin Harris. Jonah & Riley meet up with Zac; David helps out in the kitchen at Coal.

* "We Got That Thing" by Coco Crisp. Jane phones Ella about Abby & the problems with her dress.
* "Face Drop" by Sean Kingston. Riley introduces Jonah to Charlie Kitsis.

* "Shame On Me" by Amanda Blank. Tobey cancels on Lauren; Victor asks Lauren if she's 'working'.

* "Boots & Boys" by Ke$ha. Ella gets ready for her day; Lauren brings Ella a birthday cupcake; Jonah & David talk basketball.
* "Be Prepared" by Laura Watkins. Ella arrives at work & is confronted by the police.
* "Arms Of Darkness" by Eric Ramsey. Jonah films David for a documentary on Ella.
* "24 Hours" by Noisettes. Caleb questions Ella about the police.

* "No Stopping" by Justement Music. Lauren interrupts Ella's conversation with Zaretti.
* "Until We Bleed" by Kleerup. Lauren apologizes to Riley again; Jonah tells David he was wrong to accuse him; Lauren gets a call from Wendi; Auggies tells Violet that Kyra was fired.

* (unknown). Michael meets up with Violet at Coal.
* "Angel Communication" by Life Of Bianca. Lauren sees David boarding the yacht.
* "Hustle Step" by Jutbox. Lauren does her best to avoid David as he meets with Hassan.
* "Fight For You" by Morgan Page. Michael gets a call from his wife.

* "I'm Not Alone" by Calvin Harris. Jonah photographs Riley, then they chat over breakfast.

* "Going All Night" by Kristen Proffit / 5 Alarm Music. Riley arrives at the photo shoot & is yelled at by Ella for being late.
* "Something Bigger, Something Better" by Amanda Blank. Ella introduces Riley to Jo Reynolds.

* "She Can Get It" by Kevin Rudolf. Test shots; Jo tells Riley to remove her top.

* "Kiss Of Life" by Friendly Fires. Jonah arrives at the studio & meets with Andy Misher.

* "Outta Here" by Esmee Denters. Ella tries to convince Riley to change her mind about leaving the shoot.

* "Too Good For Me" by Dawson. Jonah & Kendra talk about movies.
* "Where Do We Go?" by Bear Lake. Violet offers Auggie a drink; Auggie suggests Riley talk to him over tea.

* "40 Hours" by Howie Day. Auggie offers Violet a hand putting together her furniture; Riley finds the sparrow nest on the ground.

* "Echo" by Ciara. Jonah & Kendra argue about Tarantino movies; Ella quizzes Lauren about the men in her life.
o Download
* "Cut Back" by The Elliots. Kendra & Jonah continue talking; they kiss.

* "Fairy Tale" by Mimi and Teft. Auggie offers Violet a taste of one of his dishes.

* "I Wanna (Discotech Remix)" by The All American Rejects. Detective Rodriguez interrupts David making out with a girl.

* "Be There" by Howie Day. Riley asks Jonah what he did the night before, then talks him into taking her on as his assistant for a wedding job.

* "Take The Road" by Chris Hayman. Coal's owner, Mason, samples the new dishes.
* "Get Out Of My Head" by Karlie Bruce. Riley & Jonah arrive & set up for the wedding.
* "It Don't Move Me" by Peter Bjorn and John. Ella tells Caleb that Lauren refuses to help cover up for Jessie.

* "Canon In D" by Pachelbel. Jonah & Riley make bets on the reception songs, then argue about music plans for their wedding.
* "Electric Twist" by A Fine Frenzy. Lauren lies to Ella about her money & activities.

* "Wolves Final And Sexy" by Colin Barstow. David pulls up to a construction site and has flashes of the night Sydney was murdered.
* "The One" by Sharam ft Daniel Bedingfield. Riley stops by Coal to ask Auggie why he told Jonah about their kiss.

* "Only One" by Alex Band. Riley tells Jonah she won't be seeing Auggie again, then they fight about Jonah & Kendra's meeting.
* "Belle Of The Boulevard" by Dashboard Confessional. Jonah & Riley talk about the problems in their relationship; Ella apologizes to Lauren & tells her she's there for her.

* "Powerless" by Kristinia Debarge. Lauren  is asked to stay longer by a client; Riley & Jonah sleep apart; Violet reads a letter summoning her to court for resisting arrest; Lauren changes into scrubs in her car.

* "Juke It" by Drew Sidora. Caleb tells Ella that he wants to take over a lunch meeting for him.
* "Pop Art Blue" by Zero 7. Riley & Jonah argue over whether Auggie could have murdered Sydney.

* "All I Could See" by Rob Mac. Violet leaves Auggie a phone message as Michael arrives.

* "Smile" by Uncle Kracker. Ella congratulates Jonah on his acting skills, then propositions him.

* "Body Down" by Jack Penate. Violet asks Lauren about becoming her & Ella's roommate; Ella tells David & Lauren about the police raid on Auggie's place; Ella apolgizes to Jonah; Michael stops by to talk with David.

* "Lost Year" by Mutemath. David thanks Lauren for her help with Noah; they kiss, then Lauren tells David she can't get involved with him.

* "You Got Me" by Colbie Caillat. Riley & Jonah race to a newstand to see Riley's photospread.

* "Now I'm That Bitch" by Livvi Franc. Caleb tells Ella to make sure the launch goes smoothly; Amanda arrives at the WPK office.

* "Bitches" by Morningwood. Amanda tells Ella she has to convince Riley to read her 'script' at the launch party.

* "Monday (Combed By Bobby)" by Friska Viljor. Ella arrives with Riley's dress; Riley complains about the WPK bio she was sent.
o Download
* "Morning After Dark" by Timbaland ft Nelly Furtado & SoShy. David goes to his dad's house & is confronted by his stepmom, Vanessa.

* "Sin Coming In" by Darkblueworld. Caleb tells Ella that Amanda has been asking questions about her.

* "Ballad Of A Broken Heart" by Jesse Glick, Shane Drasin & Kurt Farquhar / True Music. Everyone leaves after Auggie returns; Violet & Auggie decide to just be friends for now.
* "Replay" by Iyaz. Riley & Jonah arrive at the launch party; Ella introduces Riley to the room, then ends up rescuing her from all the questions.

* "She's Outta This World" by Sam Conjerti Jr & Josh Bartley. Riley asks Ella how long she has to stay at the party; Amanda tells Ella she might not be as useless as she thought; Lauren & Riley talk about David.
* (unknown). Melissa offers Ella a job; Melissa & Ella kiss.
* "Evacuate The Dancefloor" by Cascada. Ella & Melissa continue kissing as Melissa tries to convince Ella she shouldn't continue working at WPK.

* "Come On" by Sarah Leichtenberg. Riley is interviewed by a Vogue columnist & ends up telling everyone the truth about her background.

* "Infinifish" by Kiev. Jonah & Riley discuss his new job & her lack of one; Michael & his wife talk about David's visit to the house, then he finds the necklace missing from his car.
* "One Of Those Days" by Joy Williams. Ella shows Jonah his new office at WPK; Riley kills time at the apartment.

* "Unstoppable" by Kat Deluna. Violet mixes drinks at Coal & is visited by her brother, Levi.

* "You Know I Like That" by Abi Ryan. Ella asks Jonah to snoop for her.
o Play
* "Ride To California" by Paper Tongues. Violet arrives home to find Levi working on her kitchen sink.

* "Things Are What They Used To Be (Desire Mix)" by Zoot Woman. Jonah confronts Ella about losing the video credit on the Boomkat video.
* "Can't Stop" by Daniel Kircher. Ella asks Amanda if she heard anything from Jonah.
* "Hold Yourself" by El May. Jonah arrives home & discovers Riley with his broken camera.
* "Dull Life" by Yeah Yeah Yeahs. David announces that Michael was arrested & is responsible for Sydney's murder; Amanda informs the gang that she's moving in.

* "Take Me Back" by Tinchy Stryder. Lauren & David fool around; Violet & Auggie has sex; Riley complains to Jonah about her mom's interference in the wedding plans, the Jonah suggests they elope.

* "Swing" by Zero 7. Ella tries to make thing up to Jonah by getting him a meeting with Curtis Heller.

* "New Heights" by A Fine Frenzy. Jonah asks Riley if she wants to invite her parents to their wedding.

* "Gotta Get Smart" by El Perro Del Mar. Jonah breaks up with Riley.